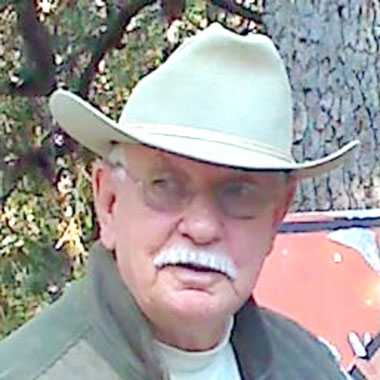 David Miller Gay, Sr., 77, a longtime resident of Quincy, Florida, passed away at home with his family by his side on Sunday, October 6, 2019. David was born September 26, 1942 in Marianna, FL, the son of Gerald Andrew and Daisy Inez Gay. He worked as a Marine Patrol Officer in the State of Florida for many years before moving to the banking industry and retiring from Capital City Bank. He was an avid hunter and fisherman. There was nothing David liked better than spending time outdoors with family and friends. David was a veteran and had proudly served his country as a U S Marine. He was a loving father, grandfather and great grandfather. David was a kind and gentle man who saw the good in everyone and always had a smile on his face. He had a passion for helping others and was a generous man to his neighbors and community. The legacy of his kind spirit, passion for helping others, and zest of life will live on through his children and grandchildren. David will be dearly missed by his family and friends, but never forgotten.
Survivors include his daughter, Stephanie Gay Wilson and her husband J.P. of Pensacola, FL; his son, David Miller Gay, Jr. of Pensacola, FL; one brother, Gerald “Jerry” Andrew Gay and his wife June of Quincy, FL; one sister, Alice Marie “Sissy” Gay of Shalimar, FL; a sister in law, Pamela E. Gay of Tallahassee, FL; three grandchildren, Shelby, Bryce and Berkley; one great grandchild, Chance as well as many nieces, nephews and other extended family members.
David was preceded in death by his parents and one brother, Raymond Allan Gay.
David was a huge supporter of St. Jude Children’s Hospital. In lieu of flowers, the family requests that memorial donations be made in David’s name to St. Jude Children’s Hospital.
A Memorial Service will be held on Thursday, October 10, 2019 beginning at 3:00 PM at Thomas Memorial Baptist Church in Quincy, Florida with Rev. Gus Spanos officiating and McAlpin Funeral Home in Sneads, FL directing. Visitation with family and friends will begin one hour prior to services at 2:00 PM.