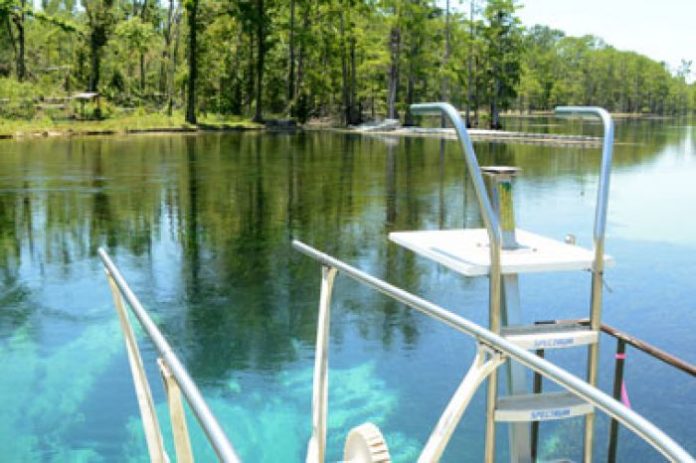 Public Works Director Rett Daniels addressed the board in their regularly scheduled meeting Tuesday night about the status of Blue Springs and the possibility of it being opened this summer.

Daniels said, “I have a double for you tonight. Last time I spoke with you, there was a decision made about Blue Springs and I don’t know about you, but my phone has been ringing ever since, however I do believe that was the right call at the time. An update since then, Mrs. Daniels (Wilanne) has contacted Chipola and pleaded with them to help coordinate a life guard class. That will start this Friday and go through the weekend.  We have six individuals enrolled in that class and depending on how many complete it and get certified, with the four we already have, that will be 10 which is great.  That is enough that I am comfortable with that number.”

Commissioner Chuck Lockey asked what would be the minimum amount of lifeguards Daniels would open the park with for the season.  Daniels said most probably six total. He said if two made it, he would try it but he thought all would make it.

Daniels said in response to questions about the condition of the park, the debris and repairs needed, that he had met with a contractor and has another one he’s meeting with.  He said they had the FEMA inspection last week. He said they eluded to him that the entire dock system might be reimbursable, giving him two options. The first option was the one already approved by the board and that is that the contractor can replace what is useable from the old dock system. He said of the 26 sections, 18 can be replaced.  Those being replaced will have to be filled with foam at a cost of $900 each.  All handrails were destroyed. To put back the old dock would be approximately $33,000.  To replace the entire thing would be at a cost of $128,000, including foam filled on all. The docks were not insured. The time frame on completing the work at Blue Springs is four weeks. Daniels said with that time frame, he is anticipating a July 04 opening day.

A motion was made by Commissioner Jim Peacock to repair what we have money allotted for ($33,000) and seek alternatives over the next year for future repairs. The motion was seconded by Commissioner Willie Spires and carried 5-0.