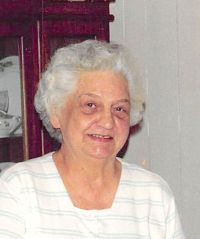 Ms. Roberts was born on February 16, 1933 in Marianna, FL and spent most of her life there. She enjoyed traveling, cooking, and spending time with her family. She was of the Baptist faith. She truly enjoyed her work, serving at The Plantation House Restaurant for more than 17 years. She later went to work as a waitress at Tony’s Restaurant and retired after 25 years of service.

She was preceded in death by her parents, Oscar Griffin and Lettie Barfield Griffin; her husband, James Ralph Roberts and one brother, Early Griffin.

The family will receive friends one hour prior to the funeral at James & Sikes Funeral Home Maddox Chapel.