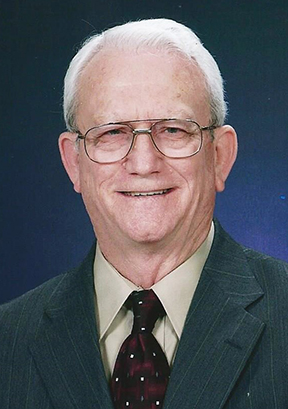 CMSGT. (RET.) George A. O’Neal, age 86 of Bryant, completed his final flight, ending his earthly journey on January 12, 2022. He was born to Edwin and Ruth Reynolds O’Neal on October 25, 1935 in Marianna, Florida. He graduated from Marianna High School where he was a superb athlete in football and basketball. He was a member of First Southern Baptist Church in Bryant, Arkansas.

Having enlisted in the United States Air Force, at the age of 18, he traveled by train to Lackland AFB, San Antonio, TX for basic training. He spent the next 53 years of his life serving his country; 30 years of active duty before retiring in 1984 at the age of 48 and an additional 23 years in Civil Service retiring a second time in 2007.

During his tenure of military service, he was part of the 10th anniversary raising of the flag on Mount Suribachi in Iwo Jima, Japan in 1954. His many other assignments include Florida, Alaska, Turkey, North Dakota, Thailand, Georgia, Vietnam, Japan and LRAFB in Jacksonville, AR. He experienced a typhoon in Iwo Jima and an earth quake in Alaska. He served in the Korean War from May, 1954 to January 31, 1955 and was instrumental in keeping up with demands during the Vietnam War era.

From his first title as Airman 3rd Class and receiving his first stripe in 1954, he achieved each challenge in the line of promotional steps to earn his Chief Master Sergeant title in 1981. He has been recognized with the Bronze Star Medal, Meritorious Service Medal with 1 Oak Leaf Cluster, Joint Service Commendation Medal, AF Commendation Medal with 1 Oak Leaf Luster, AF Good Conduct Medal with 1 Silver & 1 Bronze Oak Leaf Cluster, Good Conduct Medal with 2 Bronze Loops, National Defense Service Medal with 1 Bronze Service Star, Vietnam Service Medal, AF Longevity Service Award Ribbon with 1 Silver & 1 Bronze Oak Leaf Cluster, NCO Professional Military Education Graduate Ribbon, Small Arms Expert Marksmanship Ribbon and Republic of Vietnam Campaign Medal. While in Civil Service he worked as Chief Management Systems Flight prior to his retirement in 2007 and was recognized for Civilian of the Quarter, Junior Supply Manager of the Year and Supply Supervisor of the Year.

His greatest joys include being with family, watching his grandsons play baseball and listening to his wife and daughters sing.

Besides his parents, George is preceded in death by one son, Terry L. O’Neal, two brothers and two sisters all of Marianna, Florida.