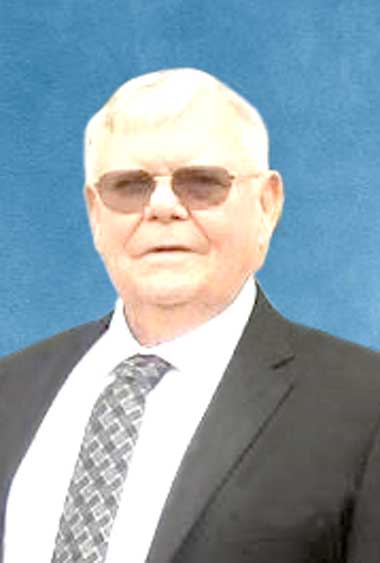 Charles Freddie Duggar, Sr. passed away on Tuesday, February 18, 2020. He was born in Bristol, Florida on November 5, 1939 to Eunice Singletary Duggar and Charles Maxwell Duggar. He graduated from Liberty County High School in 1957 and married Peggy Summers on December 30, 1958. He was a cum laude graduate of Troy State University in Troy, Alabama. He worked with the Florida Department of Motor Vehicles and Highway Safety for 37 years starting as a Drivers’ License Examiner in Orlando, Florida. Over the course of his career he worked in Orlando, Pensacola, Marianna, Tallahassee, and Panama City, Florida. In the mid 1980’s, he and Peggy returned to their hometown of Bristol Florida fulfilling their dream to spend their retirement years in Liberty County.
He enjoyed being in the outdoors, gardening, and spending time with his family – especially his grandchildren. He never met a stranger and loved to tell a good joke; however, he was just as happy to tell a bad one – the cornier, the better. He loved his church family at Lake Mystic Baptist Church where he attended faithfully, teaching Sunday School and serving as a Deacon. Helping others and putting his Christian faith in action was a priority, which he demonstrated in many ways – such as volunteering with the Calhoun Liberty Ministry Center from its inception. His hobbies included reading, listening to Gospel music, working with his cousin Tommy Duggar on various agricultural pursuits, taking road trips, sitting in the recliner with his cat, Jerry, and, collecting McCormick Farm-All tractors and memorabilia.
He was preceded in death by his mother and father, Eunice and Max Duggar of Bristol, Florida. He is survived by his wife of 61 years, Peggy Summers Duggar; sister, Barbra Duggar Alverson Carr and her husband, Joseph of Milton, Florida; daughter, Kimberly Duggar VelDink of Tallahassee; son, Charles F. “Chuck” Duggar, Jr. and daughter-in-law, Margaret Potter Duggar of Baton Rouge, Louisiana; and grandchildren: Charles Maxwell “Max” and Allyssa VelDink of Franklin, Tennessee; Marygrace Summers Duggar of Memphis Tennessee; Allen Charles Duggar of Charleston, South Carolina; and Emory Hamilton Duggar of Baton Rouge, Louisiana.
Services will be held at Lake Mystic Baptist Church on Saturday, February 22, 2020. Visitation will start at 10:00 AM EST. The Funeral Service will begin at 11:00 AM EST, with interment following at Lake Mystic Baptist Church Cemetery. Adams Funeral Home of Blountstown is handling the arrangements.
In lieu of flowers, donations may be made in his memory to Lake Mystic Baptist Church, the Florida Sherriff’s Youth Ranches, or St Jude Children’s Research Hospital.
Adams Funeral Home is in charge of the arrangements. Online condolences can be made at www.adamsfh.com or 850-674-5449