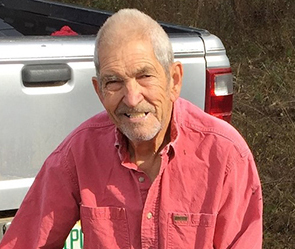 On Monday, May 9th, 2022, Charles “Bubba” Hunter, loving husband, father, and PawPaw passed away at age 78 peacefully in his home surrounded by his loved ones. His final days were spent surrounded by family and friends that he had touched in some way during his life. His battle with health problems in recent years showed his courage in facing life’s challenges with a smile. Despite the pain, Bubba came out a hero. “He fought the good fight, finished the race and kept the faith.”

Bubba was born September 1, 1943, in Quincy, Florida to Olen and Mary Hunter. He served in the Vietnam war as a young man. Bubba was honorably discharged from the US Army and returned home to Sneads Florida. He then met his beautiful wife Gail, where they both worked at Big Bend Industries in Sneads, FL. They have been happily married for 47 years and have raised six children together. Bubba retired as a factory manager with Pride Industries at Apalachee Correctional Institution. His hobbies included being an avid hunter and fisherman. He also enjoyed watching NASCAR and even racing in his own race car, at one time. He was best known for his humor and love for his family.

Left to cherish his memory is his wife, Gail Hunter; his sons, Mike Hunter, Tony Hunter and wife Cathy, Olen Hunter; his daughters, Beth Mercer, Marcia Wiggins (Gary), and Melody Roberts (Tommy); twenty grandchildren and many great grandchildren; one brother, Bill Hunter and wife Sherry; two sisters in law, Ann Hunter and Linda Hunter; a special cousin that was more like a sister, Annette Raley and many other loved ones.