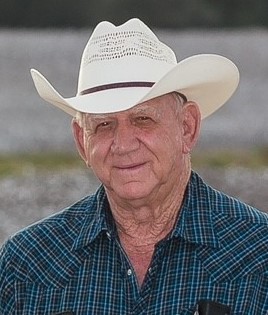 Carlton Eugene (Gene) Edwards, 80, died peacefully at his home in Marianna, Florida on Tuesday, June 28, 2022 following a two and a half year battle with cancer.

He was preceded in death by his parents, Robert Cull and Myrtle Bridges Edwards; and brother, Robert M. Edwards.

Gene was born on October 9, 1941 in Baker County, Georgia to Robert and Myrtle Edwards. He moved his family to Marianna in 1978 to work for John Deere. He left John Deere in 1981 to farm row crops and raise pork and beef cattle full time. Later in his career, he worked as a crop adjuster for several private farm insurance companies. He retired in 2021 due to his declining health.

Gene enjoyed farming, tinkering under his barn, and holding fish fries and peanut boils for his family and friends. More than almost anything, he loved to joke, laugh, and scheme up how he was going to prank his closest friends.

A graveside funeral service and interment will be at 10 am on Thursday, June 30, 2022 at Braxton Cemetery, 2316 Highway 71 South, in Marianna with Juno Douglas, Mark Anderson and Petey Sims speaking.James and Sikes Funeral Home Maddox Chapel directing. At Gene’s request, please wear your jeans, but leave your coats and ties at home.

The family request flowers be omitted and memorial contributions be made to the American Cancer Society to fund life-saving cancer research, treatment, and care (www.cancer.org).