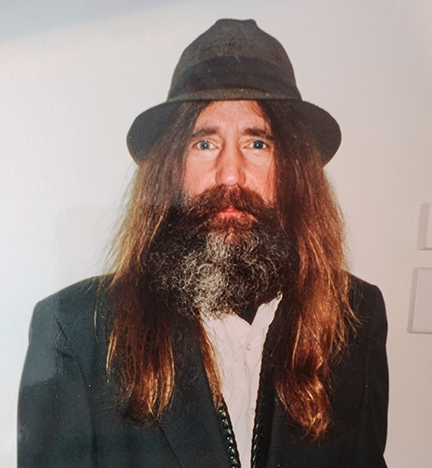 Carl Faron Bastek age 62 of Marianna, Florida passed away at his residence on Tuesday, April 26, 2022. He was born in Wilmington, Delaware on December 22, 1959. Carl spent most of his life in Elkton, Maryland before moving to Jackson County in 2005. He graduated from Elkton High School in 1977. Carl was owner of Clear-Span Buildings, where he helped design and construct arenas, horse barns and other structures. At a young age, he fell in love with music and this desire burned deep throughout his life. He was an accomplished self taught, country and rock n roll drummer. Carl spent hours upon hours going to drum clinics and practicing. Throughout his career he had the opportunity to play in several bands including, “Shades of Blue”. “Dusk til Dawn”, “The Beach Dogs”, “The American Country Band”, “The Canalagators”, and “Danielle & The M.V.P. Band”. When he wasnt behind a drum kit, he would sing “Jeramiah was a Bullfrog” , “Can’t You See”, and various other songs. During this time he frontlined for John Conlee, Ronnie McDowell, and Lee Greenwood. He even got to play on the stage of the Grand Ole Opry. After getting out of the bands, Carl continued his love for music by becoming a drum teacher. He always wanted to learn and share his knowledge of music with others. Carl was an avid Moto Trials rider and motorcyclist. He enjoyed traveling to trial events and collecting motorcycles. Some other pastimes of Carls’ were nature, birdwatching, snakes, drawing, gardening, and recurve archery. The things he did, he did well. He always studied the craft he was pursuing.
“MUSIC IS MY LIFE”
He was preceded in death by his mother, Peggy Jane Bastek; maternal grandparents, Walt and Ruth Corson; paternal grandparents, Alexander and Frances Bastek; brother n law, Johnny Pannell.
Carl is survived by his wife, Christine Bastek of Marianna, Florida; father, Herman “Hutt” Bastek of Cottondale, Florida; daughters, Heather Cantler and husband Hugh of Marianna, Florida, Sarah Whitehead and husband Jared “Tater” of White City, Florida, and Adalia Magnani of Marianna, Florida; one sister, Bonnie Pannell of Marianna, Florida; one grandson, Evan Cantler of Marianna, Florida; one niece, Megan Pannell, one nephew, Cody Pannell, two great-nephews, Jagger and Colt, one great-niece, Maisie, all of Chipley, Florida.
A time of visitation will be held from 6:00 P.M. until 8:00 P.M. Central Time on Thursday, April 28, 2022 at First Assembly of God Church in Cottondale, Florida.
The family will have a private graveside service on Saturday, April 30, 2022 at Cottondale First Baptist Church Cemetery with Rev. Chris Franklin officiating.
In lieu of flowers, donations may be sent to Covenant Hospice.
Condolences may be submitted at www.comforterfuneralhome.com.
Arrangements are entrusted to the caring staff of Comforter Funeral Home in Port St. Joe, FL.