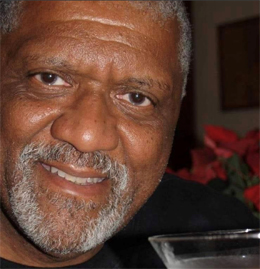 Calvin Stanley Whitehurst, born April 6, 1946, passed away on June 2 after an extended battle with cancer. Stan lived the first six years of his life in Marianna with his grandparents, the Reverend Raymond Witherspoon Whitehurst and his wife Laura Robinson Whitehurst, both from the Jacob Jerusalem Community. He then joined his mother, Dr. Keturah Whitehurst, a 1952 PhD graduate from Radcliffe in Developmental and Experimental Psychology.
He was of the Methodist faith and a member of the Exciting St. James African Methodist Episcopal Church.
He attended high school at the Lawrence Academy in Groton, Massachusetts as a boarding student. In 1964, he enrolled in Bowdoin College in Brunswick, Maine. He interrupted his studies there in 1966 when he joined the PeaceCorp. Until 1968, he was a Volunteer in Rural Community Development in Togo, West Africa. He returned to Bowdoin College and graduated in 1970. Stan also attended the University of Maine at Orono, Maine and subsequently became a college administrator at Hudson College in Bangor.
Following his college administration career, he worked for ten years in real estate in South Florida, returning to Jackson County as his mother’s health became more fragile. Locally, he worked for several year in Human Resources at Sykes, and as a volunteer on the Board of the Jackson County Development Council, ultimately serving as president.
His quick wit, thoughtful intellect, articulate conversation and compassionate goodwill while be sorely missed by all who had the good fortune to call him friend. Stan was a Master Gardener, accomplished chef, classical music enthusiast, informed political analyst and a deeply altruistic human. A celebration of Stan’s life will be held at a later date at Wildcat Creek where he spent many happy days as a valued member of the community. Memorialization will be by cremation with arrangements entrusted to the Caring Staff at Peoples Funeral Home of Marianna. Stan’s cremains will be buried in his family plot at Orange Hill Cemetery. Donations may be made to the American Cancer Society in his honor.