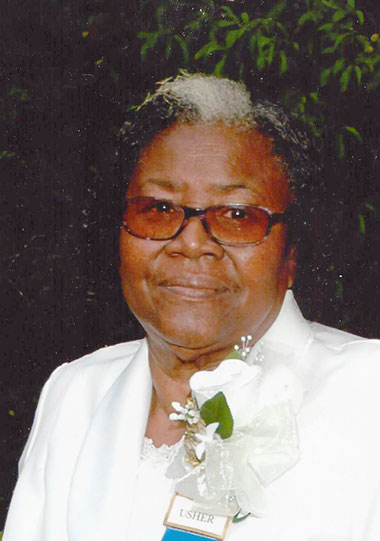 Callie Barlow was born on June 25, 1933 in Jackson County. She was one of 10 children born to the late Benjamin Balcom and Susie Dudley Balcom.

She was united in holy matrimony to the late Marc Barlow.

She departed this earthy life July 5th at Jackson Hospital after a lengthy illness.

She was converted at an early age and joined Holyneck Missionary Baptist church in Campbellton, Florida. She later moved to Baker, Florida where she joined Lebanon Baptist church where she faithfully served on the usher board for a number of years, until her health began to fail.

She was employed with the Okaloosa County School system where she retired.

She was preceded in death by her husband, her parents, all of her siblings and one grandchild.