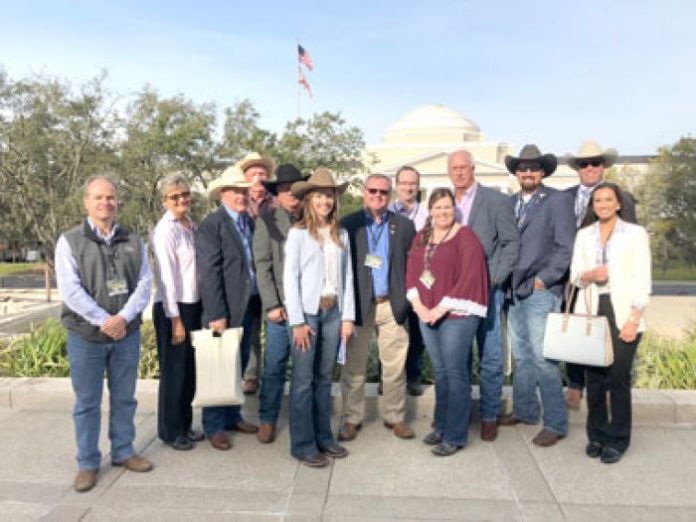 Boots on the Hill is a yearly event that is attended by a group from Jackson County who know the importance of backing from legislation to the cattle and farming industry.

A small group attended on Monday and met with Senator George Gainer about concerns with a much larger group attending the sessions on Wednesday.

Those attending has several talking points on their agenda for this legislative term. First was animal legislation where they will be watching to make sure no bad amendments directed at their industry are adopted. They take great pride in the care of their cattle, horses and pets of all kinds.  They are also in support of the reinstatement of the “Beef Market Development Act” which will take effect should the federal check-off program ever be found to be unconstitutional by the federal court system.  For the budget, Department of Agriculture they are asking for increased funding for Rural and Family Lands Program to $100 million, $26.5 million for projects within the Office of Ag Water Policy, and $148,857 for the Kissimmee Diagnostic Lab. They are asking for continued funding of the Cattle Enhancement Board. They are requesting to increase funding to meet the demand for programs, services and education through statewide research and extension services.

The group is also requesting help in sales tax exemption. Presently they have to pay sales tax on fence construction and materials for livestock when they are mandated to keep their animals fenced.

The above are just some of the items being requested that will benefit the cattle industry. Early in the day, the group felt positive about the feedback they were receiving.