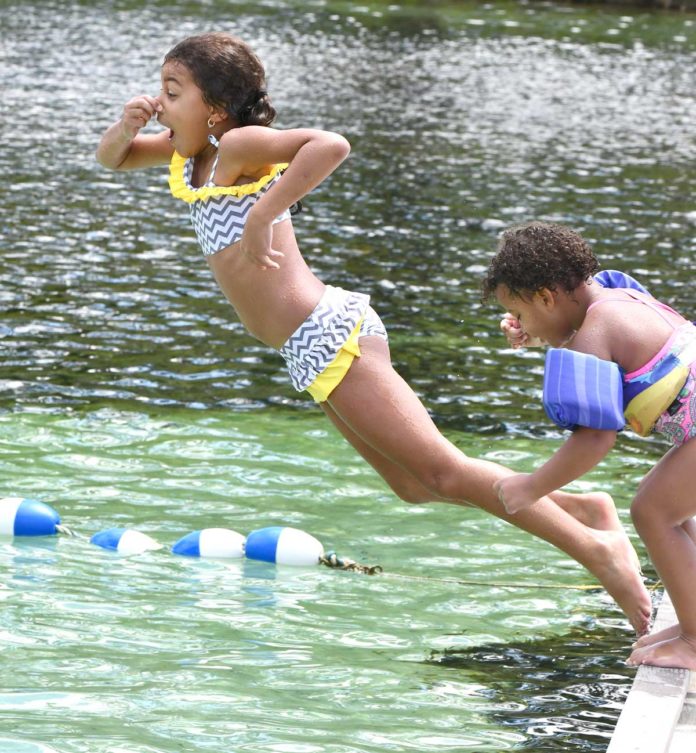 Utilities Director Rett Daniels addressed the Board Tuesday morning in reference to the opening of Blue Springs. Customarily, Blue Springs opens Memorial Day weekend on Saturday and remains open until Labor Day. Daniels proposed opening the park May 30 at 25% capacity would be his recommendation.
Daniels said his concern was the social distancing orders and the large crowd that is the norm for opening holiday weekend. Daniels said opening May 30 would allow approximately 315 people last year was our daily average. He said 375 people allowed would be the 25% capacity. Daniels presented a packed of a breakdown of attendance over the last five years (minus 2019 when the park was closed on Memorial Day due to Hurricane Michael damages still present). Daniels said due to these concerns he was recommending postponing the opening for one week, to be opened seven days a week through Labor Day weekend.
Commissioner Chuck Lockey made the motion to accept Daniels’ recommendation with a second by Commissioner Eric Hill. Lockey questioned the figures with Daniels clarifying that his estimate of people in the park when it was at capacity would be 1500 people with 25% of that being the 375 figure that would be allowed in the park at one time. He explained the register at the gate has a counter and the personnel assigned to the gate would monitor those leaving as they left. Lockey asked if there would be signage to indicate that to those coming to the park. Daniels said, “Yes, sir we are going to be doing some additional signage and we will be relying on our local media to get the word out as well as social media to let people know what our plans are. We will have additional staff and we will be briefing them to keep an eye on people, not just lifeguards but keeping an eye on people as they are recreating and laying out on the beach. My plan is not to rent any pavilions to cut down on the larger groups. We are going to removed half the picnic tables from the pavilions to keep the number of people down inside each pavilion.:
Commissioner Jim Peacock was opposed to postponing the opening, “Rett, sounds like you’ve got a good plan for the remainder of the year but why push it back a week. I know we’ve got Spring Creek that is open and it seems we are going to be putting more pressure on the facilities that are open. Why not just open Memorial Day and make sure that you have the signs posted accordingly. I am going to vote against this. I want to go on record as saying I think we should hope this. I don’t see the difference a week is going to make. The traffic issue will be up to the sheriff and he can control traffic on the highway. I think you are going to have the same problem a week later.”
Sheriff Lou Roberts said he was short-staffed and would be hard-pressed to assist with traffic control on a day which proves to be a busier than normal day for his office.
Daniels said traffic issues was a huge concern. The Board voted 4-1 with Peacock voting against the delay in opening.
Turner’s Landing is the only county managed park that remains closed.