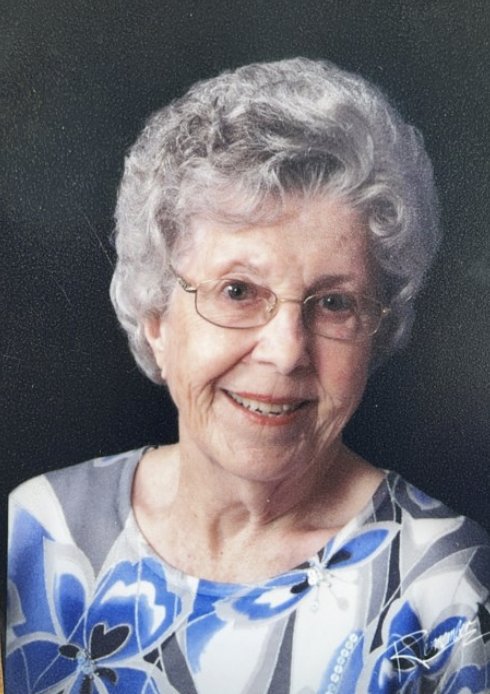 She was predeceased by her loving husband, James B. Cooley, her parents, Henry L. Sharron and Lannie Baxley Sharron Anderson, her brother, Nathan N. Sharron, and her sister, Johnnie Ruth Sharron Hall.

Blonnie was born September 26, 1929, in Graceville, Florida. She grew up there and graduated from Graceville High School where she was a cheerleader for the Graceville Tigers. She married James Cooley in April, 1949, and their 53 years together found them moving throughout the country, beginning with their move to the University of Florida in Gainesville and including Tallahassee, Washington DC, Portland, OR, Spokane, WA, Dixon, IL, Atlanta, GA, and maybe a few others in between! In Atlanta, they raised their family and were active members of Columbia Drive Baptist Church in Decatur. They retired to Panama City on Blue Pond in January 1980. Thru the next 20 years, they were active members of First Baptist Church Of Lynn Haven, Florida and they helped start a mission church at Deer Point Lake. They spent many years enjoying retirement life, and continued to travel in their RV from coast to coast including Alaska and Canada. In 2002, they moved to Graceville where they lived until James passed away in September of 2002. While living in Graceville, Blonnie was an active member of First Baptist Church of Chipley where she participated in the FAITH evangelism training, helped with VBS and Awana. She enjoyed spending time with her sister, brother, and her many cousins and was a friend to anyone she met.

In 2011, Blonnie moved to the north Georgia mountains to be closer to her daughter, Shelby, and was an active member of McConnell Baptist Church in Hiawassee. She remained there until May of 2022, at which time she moved to St. Simons Island, to be close to her other two daughters, Sharon and Jane.

Blonnie was a loving wife, mother, grandmother and great-grandmother. Everything she did was rooted in her deep Christian faith instilled by her parents and passed along to her children and their families. Just like her mother, Blonnie was an outstanding cook and some of our best memories were made around her table, most notably with her pecan pie and brownies!

Funeral services will be held at First Baptist Church in Chipley, Florida, on Thursday, October 6, 2022, at 3:00 pm Central time, with visitation an hour before the service. Burial will follow the service at Marvin Chapel Cemetery in Graceville, Florida. Obert Funeral Home in Chipley, Florida will be entrusted with the services… obertfuneralhome.com

The family would like to express their appreciation to the staff at each facility where she has lived during these past eleven years. Your kindness will forever be remembered! Special thanks to all of the employees at the Jolly House, a facility of Hospice of the Golden Isles, Brunswick, Georgia.

In lieu of flowers, the family requests that donations be made to First Baptist Church, PO Box 643, Chipley, Florida, 32428, or Hospice of the Golden Isles, 1692 Glynco Parkway, Brunswick, Georgia, 31525, or a charity of your choice.