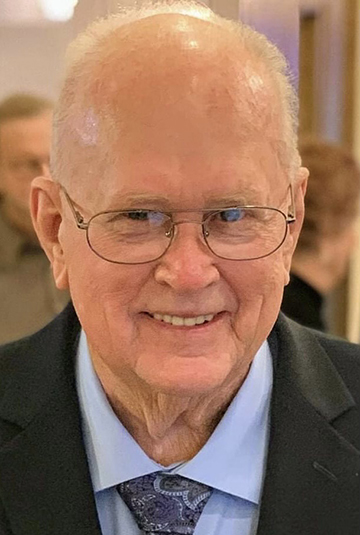 Arthur “Wayne” Morris, age 81, of Bay County, FL, passed away on Monday, October 11, 2021 in Panama City while surrounded by loved ones.

Wayne was born June 10, 1940 in the small town of Round Lake, Florida. He and his family worked on a farm to have food to eat and a little money to spend. There on the farm he had an old horse that he loved. When he was 10 years old that same horse kicked him in the chest, however he kept it a secret from his daddy for 40 years knowing he might get rid of the horse. Wayne enjoyed camping, fishing, and hanging out with his older brothers when they would take him. Wayne was the baby of the family and his sister, Dorothy, loved to dress him up as a little girl because he had such wavy curls. She was like a mother to him when he was young.

Later in life, he met and married his sweetheart, Martha “Louise” Clements, of Compass Lake, FL for 20 years. They remained the best of friends throughout her life and spent many holidays with the family. They loved riding in the woods and he loved having Louise and their three children sing to him. They usually had a bag of oysters with them and would stop along the way to eat some during the drive. He loved his family and they loved him. Back when his children were young and still living at home, they would wait for him to get home from work every day. He would sit on the couch and they would race to take off his work boots from him. They would be in such a hurry unlacing his boots strings that he would laugh and tell them to slow down. Each night before his three children went to bed, he would gather them around his feet, open a book (Once Upon a Time) and read poems and sing to them.

Wayne was a master carpenter. He loved doing carpentry work for 40 years that he learned from his two older brothers, Jack and Robert, along with his college classes. In 1985, he met and married Diane Meredith of Springfield, FL. They were married for some time. Wayne and Diane would still go riding many weekends to look at the cows in Wewahitchka and have lunch together. They remained close friends for all the years that followed. After Hurricane Michael, Wayne moved to Youngstown, FL, to live with his daughter and son-in law. He lived there until his death.

The family will receive friends from 9:00 A.M. until time of service at Marianna Chapel Funeral Home.