Andrew Davis Whidden, 37 of Marianna died in Jackson Hospital January 7, 2020 of cardiac arrest.
Andrew was born in Ft. Myers, Fl on June 29, 1982. He moved to Marianna at the age of one. Andrew graduated from Maranna High School in 2001. He was a parishner of First United Methodist Church of Marianna. At the time of his death he was a self employed mechanic.
Andrew was the son of the late Bill Whidden and Edith Whidden. He was preceded in death by his father, Bill Whidden, brother Bill Jr., sister Elizabeth Downes.
He is survived by Gina Busby, son Parker, daughter Paxtynn, mother Edith Whidden, brothers Ted and Richard of Savannah, TN, sisters Dawn Hill (David) of Collinwood, TN, Della Griebel (Darry) of Ft. Myers, Fl, a very special aunt Vivian Davis of New Orleans. Andrew is aslo survived by numerous cousins, nieces, and nephews.
A time of visitation will be held at 2:00 PM, Friday, January 10, 2020 at the First United Methodist Church Wesley Center. A memorial service will follow in the sanctuary at 3:00 PM with Pastor Nathan Attwood officiating.
In lieu of flowers contributions can be made to the scholarship for Parker and Paxtynn Whidden.
Marianna Chapel Funeral Home is in charge of arrangements.. Expressions of sympathy may be submitted on line at www.mariannachapelfh.com. 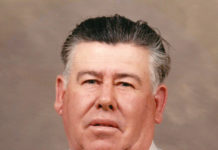 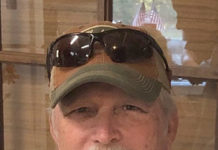