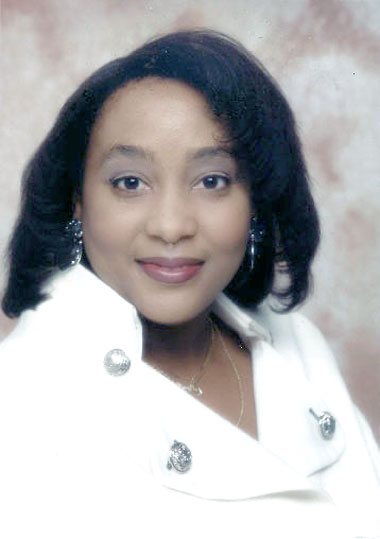 On February 25th, Alice Fay Williams Guilford of Panama City, Florida and formerly of the McChapel Community, passed away peacefully into the arms of her Lord and Savior at Ascension Sacred Heart Hospital in Panama City, Florida with her daughter Tamdria by her side. Fay to those who loved her, fought a valiant fight against Cancer and lost her battle at the age of 53. She has now finished her course, she kept the faith, she will be fondly remembered and sorely missed.
Fay was born a fraternal twin with her brother Ray on August 22, 1967, in Bay Medical Center. Panama City Florida to Ms. Ailer Mae Hall and the late Mr. Otis Chester Williams. She grew up in the city of Glenwood where she lived until she graduated from Bay High School in 1986.
She joined St John Missionary Baptist Church at an early age, where she served faithfully as an usher in the house of God for many years. She became a caregiver and teacher to intellectually challenged individuals. A career that she loved and served diligently for almost 30 years. Fay truly exhibited the fruits of the Spirit which are love, joy, peace, longsuffering, gentleness, goodness, faith, meekness and temperance.
Fay was a devoted daughter, mother and sister. Treasured memories will forever live on with her mother, Ailer Mae Hall; four children: Henry Faison III, Giovanna Cogdell, Jaquez Cogdell, and Tambria Cogdell all of Panama City; 10 Grandchildren; Mashyla, Nyasia, Benjamin, Jashyla, Na’lea, Jontaviana, Tra’Ziah, Je’Ekvon, Lanyla and Jamarion; one great grandchild, Malayah; two brothers; Andy, Ray (Jeannie) Williams, and Dietrich D. Williams of Panama City, Florida; three sisters; Patricia Ann Fultz, Elizabeth (Darin) Thomas and Paulette Williams, all of Panama City, Florida; and a host of uncles, aunts, nephews, nieces, cousins and friends.
A public viewing will be held Friday, March 5th at New Beginnings Assembly of the Saints, located at 662 Cone Avenue-Panama City, Florida from 2-5p.m.
A Homegoing Celebration will be held graveside Saturday, March 6th at 2p.m. at Hillside Cemetery with Rev. Delwynn G. Williams officiating. Interment will follow with arrangements entrusted to the Caring Staff at Peoples Funeral Home of Marianna.