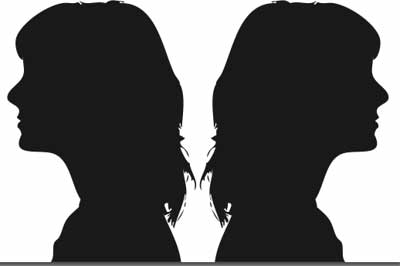 Yesterday, Jim Hart, my friend and former classmate called to alert me to the fact that another friend, June Peel Gray, had been taken to the hospital in Tallahassee. June has been seriously ill lately, and had been taken by ambulance to the hospital for about the sixth time. Jim gave me a phone number for June’s daughter, Pam, in case I wanted an update on June’s condition.
I called immediately but a young man answered the phone. I gave my name and said I was calling to inquire about my friend, June, who was reported to be in the hospital. He sounded puzzled and said I had better talk to his wife.
This surprised me, because I knew nothing about Pam being remarried, but as I had not talked with June in quite a while, I didn’t question it. When a young woman picked up the phone, I introduced myself again, and she said she was June’s granddaughter. This surprised me too, because June had never had grandchildren, but then I supposed if Pam had remarried, it was possible that her new husband had a daughter of his own, which a loving person like June would certainly welcome as her own granddaughter.
The young woman sounded friendly and polite, so I said, “Well, lucky June!” Then I asked if she danced as well as did her grandmother. “You think my Grandmother can dance?” she asked. I figured she was joking, of course, as June Peel Gray has been dancing for audiences since she was a little girl, and everybody who knows June knows that. I dropped the subject and told her that I had heard June was in the hospital, and I was calling to check on her condition.
She told me I was wrong about June being in the hospital, that she had a hip replacement a couple of years ago and had trouble with it at first but was doing just fine now. I knew June was dealing with leg problems the last time I saw her, but I’d heard nothing about a hip replacement. The conversation was puzzling me, so I dropped it, said I was glad to know that I was wrong, and that June is okay, and hung up.
I emailed Jim and told him about the conversation. He took another look at the phone number he had given me, and realized that it was incorrect, that he had put in one number that was not the right one. This explained the weird conversation I’d had, and Jim was aghast that he had made a mistake. People get phone numbers wrong all the time, so I wasn’t upset about it, and decided I would wait and call June later, possibly when she was feeling better.
I’d had a bad night’s sleep the night before, so decided I would take a nap instead. I was happily dozing when the phone rang. I recognized the young woman’s voice immediately, but she was no longer being friendly and polite. She accused me of running some kind of scam.
“What scam,” I asked, thinking she must have lost her mind. I had not asked for money or for information, other than asking about June’s condition. Every scam I’d ever heard of involved people who pry for personal information or ask for money.
I tried to reason with her, but she remained belligerent. She wanted to know how I knew her grandmother’s name and the names of other of her family members. I had mentioned only Jim’s name, so I assume she had relatives named Jim, but who doesn’t? I told her that June is also a popular name, that my college roommate’s name is June and that there are probably countless Junes in this country. The fact that my friend and her grandmother share the same name is nothing to get excited about. It is simply a coincidence, I told her. She apparently does not believe in coincidences and wasn’t about to drop the subject.
When my sleep is interrupted, I tend to get cranky and her unwillingness to accept a rational explanation pushed me over the edge. I became just as testy as she was. I told her loudly and firmly that I know nothing about scams, that I am simply an 84-year-old woman being treated for cancer, who made the mistake of dialing a wrong number.”
“People get wrong numbers all the time,” I said, “So GET OVER IT!” Then I hung up.
I felt badly about losing my cool, but everybody has a breaking point, and I had reached mine. I told my husband about it, and he just laughed. When I finally got June on the phone, she thought it was funny too, and told me I should write about it. June also told me that part of her health problems is due to dehydration, which afflicts a lot of old people, including me. My own doctor told me that as people get older, we tend to lose our sense of thirst, and she suggested I carry a bottle of water around with me everywhere I go.
I’ve resolved to try harder to remember to do that. Maybe if I’m not dehydrated, I’ll be able to keep my cool the next time I’m accused of a crime.