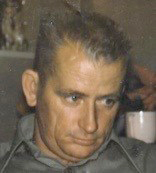 J. L. Roland, 87 of the Fadette Community, Slocomb, Alabama passed away on Wednesday, September 2, 2020 at his residence following a brief illness.

Mr. J. L. was born in Geneva County, Alabama on December 10, 1932 to the late  C. L. “Bud” Roland and Essie Strickland Roland. Mr. J. L. worked in logging and farming in his younger years. He became an automotive mechanic working along with his brother Gerald and then became a mechanic for Rex Lumber where he later retired. A beloved father and grandfather, Mr. J. L. enjoyed fishing and spending time with his children and grandchildren. He was a member of Noma Baptist Church.

Family will receive friends at the funeral home Thursday, 5 p.m. until 6 p.m.

Preceded in death by parents, one son Jeffery Roland, one brother Gerald Roland and one sister Eloise Altman.