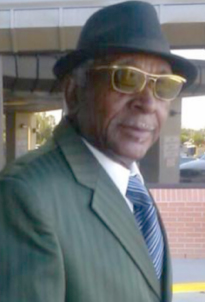 Visitation for family and friends will be held from 5 to 7 p.m. Tuesday August 11th at Union Hill Missionary Baptist Church.

George Freeman Jones, Sr. was the fifth of ten children born to the late Freeman and Catherine Jones on August 25, 1943 in Madrid, AL.

He was converted at an early age and joined Union Hill Missionary Baptist Church in Cottonwood, AL where he served as a deacon.

He was joined in holy matrimony to Nellie B. Sanders on October, 8, 1966.
He was preceded in death by his wife: Nellie B. Jones, parents: Freeman and Catherine Jones, sister: Glaydes Jones, and brother: Alfred Jones.