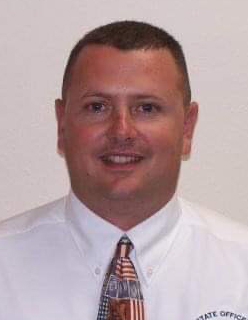 Steve Gordon Mears, Jr. was born in Marianna on April 10, 1974, and passed away on Tuesday, May 3, 2022, in Calhoun County along with his lifelong friend, Randy McCroan. Steve was a member of the Class of 1992 at Blountstown High but attended school at Altha school for several years. Steve joined the Florida National Guard in 1991 and retired in 2016 as a Sergeant. In 2006, Steve was deployed to Talafar, Iraq where he served in Operation Iraqi Freedom. Steve was a law enforcement officer for many years before opening and operating his business, Affordable Towing. Steve was the Commander of American Legion Post 272 and District Commander for American Legion District 2 and accepted a position on the advisory board at Foxtrot 95 on the night before his death.

Steve loved his children and was a fixture and mentor to many at Altha School. Steve devoted the last 5 years of his life to enriching the lives of students. Steve was a giving and selfless person devoted to his children, family, friends and his country. Funeral services will be held Saturday, May 7, 2022, at 11:00 am (CDT) at Altha High School Gym with Reverend Allan Austin officiating. Interment will follow in Mt. Olive Cemetery in Altha. The family will Receive friends Friday, May 6, 2022, from 5:00 pm (CDT) until 7:00 pm (CDT) at Peavy Funeral Home Chapel. All arrangements are under the direction of Marlon Peavy at Peavy Funeral Home in Blountstown, FL.