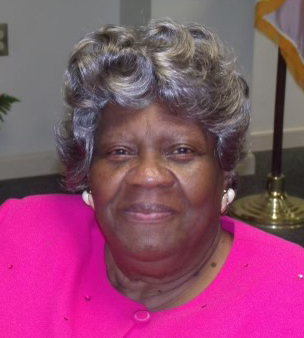 Julia Mae Johnson Wynn transitioned to her eternal home on April 26, 2022, at 7:00AM after a nine-year battle with breast cancer. She will be remembered by all for her warm smile and infectious laugh. She often referred to herself as “A Tickle Box.”

She was born and raised in the Florida Panhandle to Alberta and Julius Johnson. Julia was the thirteenth child and the youngest daughter of fourteen children. Eleven of her siblings have proceeded her in death, Carey, Dale, Robert, Forestine, Alberta, Ludine, Julius, Sylvia, Ben, Mary, and Charlie. Left to mourn her passing are Riller Jackson and Marcus (Fannie) Johnson. As a young girl, her mom passed, and she was raised by her older sister Forestine and husband Arthur Long. She often said that her brother-in-law treated her the same as he did his own children. Two of which are her nieces, Hazel Long and Elouise Peterman, who in recent years have become her ‘road dogs’ and eating buddies.

It was her sisters, Forestine Long and Ludine Snell who taught her to sew and she became a great seamstress. She even took classes in upholstery! It was in that class that she upholstered “The Great Green Sofa” that had to go everywhere she moved.

She was educated in the Jackson County School System and there she met her best friend, Eleanor Wynn Copeland, and the love of her life Harold H. Wynn Sr. They were wed in 1959 at the tender age of 20 and were married for thirty-nine years until his untimely passing at the age of 59 on June 19, 1998. To that union were born three wonderful godly men, Harold Jr (Gwendolyn), Arthur (Vanessa) and John (Paula). For whom her daughters-in-laws are incredibly grateful and give her thanks and much praise. Their dad would often say, “Your mama raised you all.” In knowing these three men, we know that she was a great mother.
Within the union of this marriage, Julia gained a second mother, Josephine (Big Mama) Barnes. They were a strong and close mother-in-law and daughter-in-law act. Josephine proceeded her in death. Julia also gained thirteen brother and sisters-in-laws, five of whom preceded her in death, Charlie Jr, Tommie, George, Barbara Jean Williams, and her Bestie and “ride or die” friend, Eleanor Murel (Madea) Copeland. Those remaining to mourn her passing are Aggie, Emma, Janice, Emelda, Randy, Tim (Tina), Daphne (Raymond), Marjan (Horace) and Nathaniel Williams.

As the wife of The Good Rev. Dr. Harold H. Wynn, Sr., she was a pastor’s wife and the 1st lady of the Mt. Tabor Missionary Baptist Church. She was a first class, first lady and always supported him in his calling as a Minister of the Gospel and in his professional career. She also served as an example to young pastor’s wives, including her daughters-in-laws.
Due to Pastor Wynn’s line of work, she became a top notched shirt presser and she always had them pressed and hanging. If by chance there was not one hanging, he only needed to say “Julia, I need a shirt” and it was a done deal.

Julia has ten grandchildren, five young women and five young men; Seleah, Kimala, Jecoleah, Christen, Kelsia, Harold III (Tre’), Jason, Christian Paul, Joshua and last but not least, the youngest grandchild Simeon Issaac Wynn, whom she spoiled unashamedly. Julia did not want to be called by the traditional name grandmother. So, she asked her employer, who was of Polish descent, the name for grandmother in Polish. They said, “Busha” was the name their children called their grandmother. Thus, “Busha” became the name that she would be known by all her grandchildren. “My Busha,” when one wanted to claim sole possession of her.

Julia accepted Christ at an early age and was a member of the Bethel Star Missionary Baptist Church in Marianna. Later in life she became a member of the St. Luke Missionary Baptist Church. Julia had a beautiful voice; she sang in the choir and “Jesus Will” was one of her favorite songs to lead. She served as part of the Deaconess, Pastor’s Aide and Missionary Ministries. Julia enjoyed and developed remarkably close relationships and bonds with their members.

Not only did Julia have a personal relationship with the Lord, but she also ensured that her children had the same opportunity to learn of the Lord so that all in her family would be in the Kingdom of God.