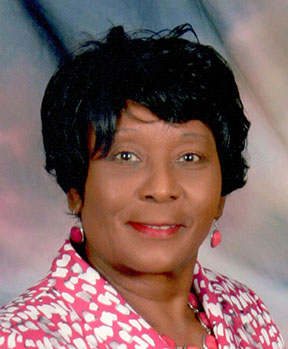 Ms. Bessie M. Lovett-Brown received the gift of life on August 18, 1950 in Marianna, Florida to the late Mr. Edward and Mrs. Stella Lovett. She entered peacefully into eternal rest on October 16, 2021 at Flowers Hospital in Dothan, Alabama at the age of 71.

She relocated to Salisbury, Maryland shortly after graduating from Jackson County Training School. Bessie received her American Board of Opticianry certification from Essex Community College, and later began an extended career as an optician. Bessie was a long time member of First Baptist Church in Salisbury, Maryland. She enjoyed bowling, walking, biking, reading, sewing, and fishing. She was also an avid volunteer in areas such as: voter registration, working at polling centers, as well as working with children that had learning disabilities. Throughout her life she was a devoted daughter, sister, mother, grandmother, friend, and godmother.

Bessie relocated to Dothan, Alabama to be closer home. Upon returning, she united with Dothan Community Church, where she was very active member.

Bessie was preceded in death by a brother, Jarvis Lovett; two nieces, Dana Miles and Marishka Lovett; and one nephew, Omar Lovett.

A Homegoing Celebration will be held Saturday, October 23rd at 2p.m. at Jerusalem Community Cemetery with Elder DeRon Johnson officiating. Interment will follow with arrangements entrusted to the Caring Staff at Peoples Funeral Home of Marianna.